Shingle All The Way 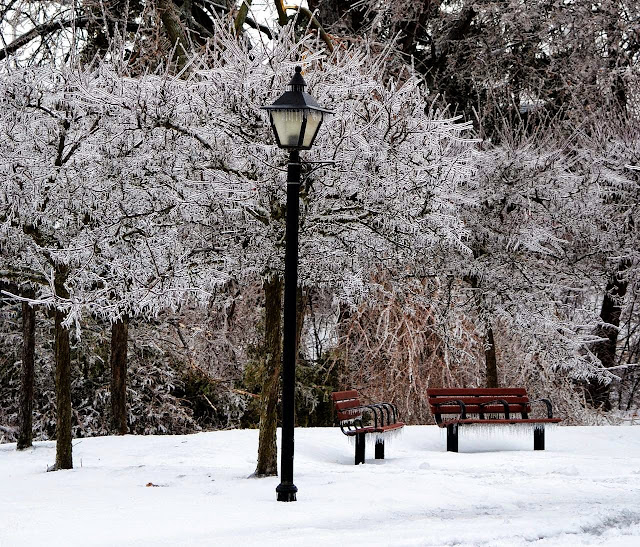 Its been a frigid winter in Toronto. We had a terrible Ice Storm that left many people without power for a week or more. As I write this its -33*C outside. As my Dad used to say, ''Cold as a witch's _____'' (I'll let you fill in the blank!). We've been holed up inside for quite sometime. Not easy for anyone, but throw Autism into the mix, and well, things heat up. And not they way you'd like!


Tis the season.
The season for family gatherings,
old and new traditions,
massive meals,
and
STRESS.

Now that LAST thing is something I know a lot about. Ask anyone living in an Autism household and they can run down a list of out of the ordinary stress-induced ailments they regularly endure. In my case, its Shingles. I first came down with Shingles nine years ago, when I was just 35. I was in excruciating pain, very similar to the second stage of labour, but lasting for days. My brother in law had to carry me to the doctors office. Three different doctors examined me, but none could determine what the rash was, or why I was in such horrible pain. Then one doctor asked me to describe my daily life, I believe they were looking for a potential allergin. The SECOND I mentioned I was a single mom of 3 boys, 2 of whom have Autism, the elder Doctor perked up. It seems that they had disregarded Shingles as a potential diagnosis immediately because I was not elderly nor did I have a compromised immune system. The moment I mentioned the 'A'-word, the doctors realized I was in all likelihood leading such a high-stress life that Shingles not only became a possibility, but a probability. A few simple tests, a run to the pharmacy, and a few days later I was back on my feet. And learned a valuable lesson. ALWAYS let medical personnel know IMMEDIATELY that I live in an Autism Household. It saves critical diagnostic time. There have been other odd, or I guess, better said, unusual health issues, but Shingles always remained my biggest fear. As my severely autistic son Eric went through crisis the last few years, I willed my body to stay healthy, I needed to be 100% in order to see him through. And somehow, luckily, my body co-operated. I recently adopted my granddaughter and went through an horrendous court process. Once again, luckily, my body co-operated.

But a few weeks ago, as the stress of the season added to the already huge load, Shingles again reared its ugly head. I was in denial. It wasn't Shingles. I didn't have time for that.

In an Autism Household?

With an Ice Storm ravaging the city?

No. I would will my body to remain healthy. Get me through. But you know what? Your body knows when it needs to make you STOP. And stop me it did. My first bout of Shingles, that had immobilized me and was comparable to labour pains, was a small band wrapping around the right side of body. No more than 2" wide. THIS time, the only parts of me NOT affected were my head, forearms and shins. I felt as if a million miniscule sharpened matches were set aflame millisecond after millisecond pierced every pore of my affected body. Nerve endings ablaze.
I was still in denial. Drinking Benadryll right out of the bottle, intent on calming this ''allergic reaction''. I have a minor allergy to wool, and so I accused Handsome Man of having wool sheets (I was delirious and ready to blame ANYTHING and ANYONE, but still not ready to ACCEPT the truth). Thankfully he loves me. Not sure why, but he does. And he stuck by me. Pestered me to go to the doctor.
Finally, as the pain became debilitating, I conceded.

And went to the doctor Christmas Eve.

They know me well at the Doctor's office, for my son Eric, not myself. They know if I am coming in for ME, there is a darn good reason.

Out loud.
As much for me as for them.

Five minutes later I was out of the office, prescription in hand, with the lovely assurance that I had the WORST case of Shingles my Doc had ever seen. Thanks. I was really hoping to be wrong, but having a prescription for the miraculous wonder Shingles curing drug and blissfully magical pain killers was a pretty good booby prize.

I scaled back Christmas dinner, even to the point of using paper plates. I'm a China, Silver, Crystal, Linen Napkins on the table for holidays even though my sons are slobbering pigs kinda Mom, so that was a HUGE concession. And you know what. It was beautiful. And fun. And, dare I say it, stress-free. No drama. No slaving in the kitchen for 6 hours, only to then have to slave another few more to clean it all up. Nothing. Just beautiful, blessed family time. I had a wonderful visit with Handsome Man's parents on Boxing Day, then spent the next 2 days convalescing at Handsome Man's home. It took a few days for the meds to 'kick in' but once they did, they did their magic rapidly. By my birthday, December 30th, I was well enough to be spoiled by Handsome Man, and by New Years Eve, although drained, I was no longer in pain, and no longer a rash covered mess. Able to head to a friends house for a charming New Years Eve.

I hadn't wanted to get sick. Tried to will myself not to. But my body knew. Knew that the only way to get an Autism Mama to take a break is to MAKE her.

And although I wish I had not needed the major wake up call of Shingles, I AM very thankful for the forced simpleness and genuine spirit that pervaded the holidays thanks to my being, well, knocked off my feet.

I'm thankful for magical meds, and a doctor who GETS that Autism affects not just the autistic person, but the entire household.

And I am most thankful for Handsome Man. For not running away in horror from the rash covered- ''ITS YOUR FAULT YOU MUST HAVE WOOL SOMEWHERE'' spewing demon I became, for staying with me and helping bring the slightly less demonic me back to life, sans Shingles.

To Handsome Man- SOCKS, to the rest of you- one day I'll explain SOCKS!

Are you living in an Autism Household? What crazy stress induced stuff have you endured, and triumphed over? Tell me in the comments section below!