To Most, Just a Number in the Huronia Regional Facility. To Us He Was, and Always Will Be, Our Phil. A Personal Story For Autism Awareness Month 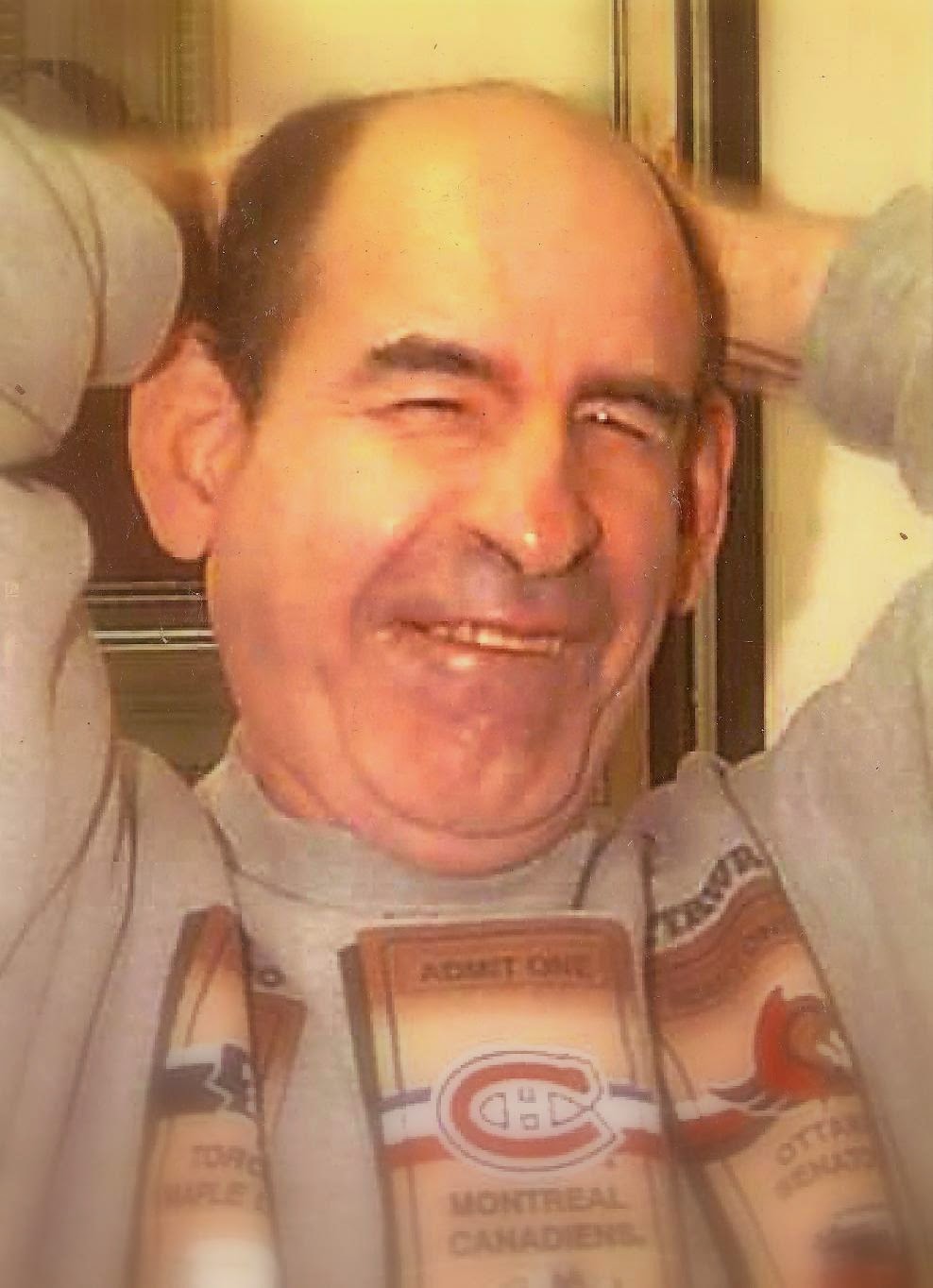 
This, and more, describes my brother Phil.

But for most of his life he was known simply as a 'client', a 'resident', of Huronia Regional Facility for the Mentally Retarded, now thankfully closed down.

To them, and to many, many people out in the real world, Phil was just a 'thing'. SomeTHING to pity. In honour of World Autism Month, I want to tell you about Phil, THE PERSON.


Let me introduce you to my brother.


Phil was born November 29th, 1952 at the old Grace Hospital at the intersection of Bloor and Yonge in Toronto, Canada to our mom, Evalena Pollard (nee McKinney) and our dad, the late Frank Pollard. Third in what would eventually be a brood of 9 children (what can I say, we Pollard's are prolific!), he was brought home with love and pride. The older two children, Lea 3, and David just 2 welcomed this new playmate into the fold. All was well in the Pollard home.

Then a young Phil, just an infant, developed pneumonia. He stopped breathing. Phil was rushed to the hospital but the neurological damage had already occurred.

'Retards' were taken from families and hidden away in institutions, because the prevailing thought was this was better for society.


My parents would not give up their baby to strangers so easily. Where others saw a problem, they saw their son. Their Phil. Eventually my parents were given the choice to either institutionalize Phil willingly, and be allowed visitation and minimal rights, or he would be seized from them and they would never see him again. So at age 7, Phil began the long torturous death that would be life in Huronia. I wasn't born until Phil had already been living at Huronia for a decade, and a lot of my memories are tainted by the ghosts of that horrid place. So I've asked my Mother, my brothers and my sisters to help me tell the world about the PERSON that was Phil.

My mother told me so many stories of Phil. Some fun, some difficult. As any Autism Mama will identify with. Phil was always a part of things. Never hidden away. My dad would watch hockey with him, and play tickle games (The CLAW!). Phil never spoke a word, his entire life. But both my parents knew he knew who they were, and he loved them as much as they loved him.

But raising Phil was not easy in a society that wanted him to disappear.

Now, Phil would be labelled as a 'wanderer' and supports would be put in place. Back then, it was seen as all the more reason for locking him away. But my family is a pretty good one. Most people kinda like us. Once they get to know us. So the whole neighbourhood pitched in to help look after Phil and keep him safe.

But there were still 2 horrible wanderings.

There was the time the family was picnicking at the beach. Phil wandered from the playground while my mom and grandmother unpacked the food at the picnic table just a few feet away. We now know the horrors of children with autism wandering near water. But the relationships my parents had formed were strong. Neighbours saw Phil, and remember, back then people like my brother were hidden. But not Phil. So these neighbours recognized Phil. They couldn't see my parents, so they kept Phil with them at the concert they were watching further down the beach until help could arrive.

But then there was the day he managed to get out of the backyard, and was gone for most of the day. A small boy, non-verbal. His bicycle was found in front of a movie theatre. Frantic, my family scoured the area. Terrified Phil had been kidnapped. A new neighbour saw my mom running around, introduced herself and asked what had happened. She immediately joined in the search. That woman was Kay Goodwin, to this day a valued member of our extended family. Phil was finally found at the rail of a racetrack, watching the ponies long after the stands had emptied.

More importantly, there are beautiful memories too. And they out-shadow the rough times.

Seeing Phil get all excited watching a Toronto Maple Leafs hockey game, even getting mad at the refs, was as much fun as being at a live game.

Phil would torment me, the way any older brother torments their baby sister. He'd stare and stare at me til I'd scream 'MOOOOOOOMMMMMMMM!' and then he'd laugh out loud. That would be the only sounds I ever heard from him. His laughter at my pain, Such a typical brother!!

Obsessed with long hair, he tried charming, in his own way, any woman whose hair swept past her shoulders. 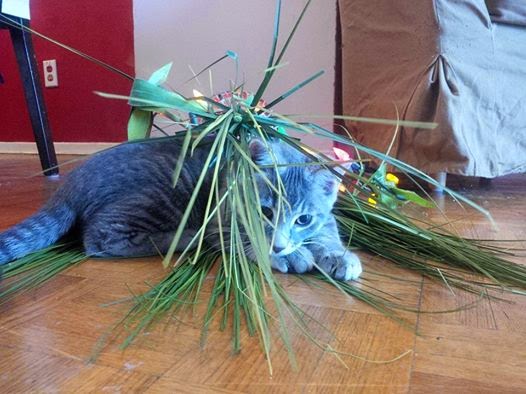 He could pet a cat for hours, and the cat would stay by his side. My sister Cheri and Patty were playing with Phil in the yard when they were all 2-3-4 years old. A cat jumped up on the fence. Phil called out 'Kitty'. It would be the only word he ever spoke, and that moment is ingrained in my sisters memories. Even as toddlers themselves, they understood that Phil gave them a gift that day.

The gift of hearing his voice.


Even though he never spoke another word, Phil communicated. He would grab the newspaper, flip through it as if not seeing a thing, then hours later bring it to you and point at a picture of whatever it was he wanted to tell you. He'd point to an ad for a television if he wanted to watch tv. A picture of a burger if he was hungry. A girl with long hair,accompanied by a mischievous smile, and a laugh if you chastised him. Men will be men!

Christmas was eternally exciting, and Phil would ask for Santa with his own made up sign language. We found a wonderful Santa in a mall in Orillia and every year, even well into his 40s, Phil would get his picture taken with Santa. He would be so excited that even the toddlers in line were thrilled for Phil.

He got such joy out of simple things like that. 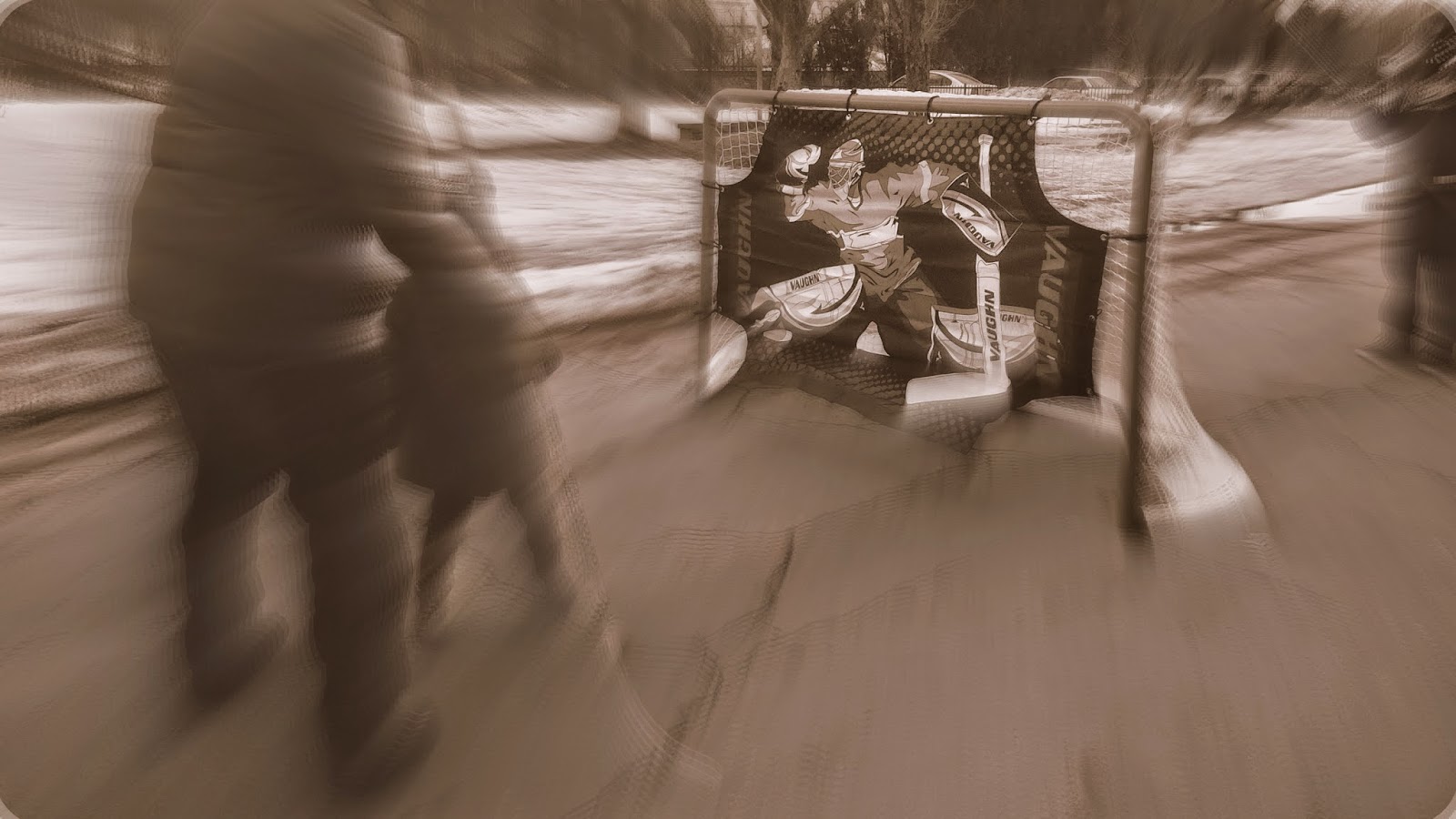 When Phil was allowed to come home, one of the first things he'd do is grab the hockey sticks. My brothers, Dave, Jim, Artie and Wayne would all go out to play street hockey with him, even when they were all well into their 40s. If the weather was bad, they'd play in the basement. One of them invariably would prop me up on something and I would ref. Phil had a wicked slap shot and my brothers would test the mettle of all our sisters' prospective spouses by having them play goal in family hockey games. The 'boys' would fashion goalie pads by duct-taping large sheets of foam to the jeans of whomever was put in goal. The poor guys. They thought, to a one, having never met anyone with a developmental disability, that Phil would have to be babied, that he was being 'allowed' to play. They learned pretty quickly and never doubted Phil's hidden talents. And never played goal again either!

Phil's relationships were always strong. He remembered you forever, and wanted to make sure everyone else did. For a decade after our Grandmother died, the moment Phil would enter the family home on the allowed 'visits', he would search for Nana's picture and point and point at it until you said 'Yes, Nana'. He was letting you know he did not forget her. And making sure you remembered too.

Phil's passion for hockey was infectious. Anytime we would pass an Esso station he would excitedly point at the sign and mock hitting a hockey  puck. Way back when Murray Westgate would say goodnight after every Hockey Night In Canada game. Phil never forgot that.

My nieces and nephews and my own children remember many family outings over the years to the annual picnic at Huronia. The facility threw this picnic every year, a huge production. It was really a deflection from the horrors of physical and sexual abuse, the comatose like drugged states most residents were kept in, the thefts and the restraints that happened behind closed doors.
We did not know this back then.
Instead we saw it as a wonderful family get together, even bringing our young friends along, and opening their eyes to the fact that people with special needs not only existed, but they were real live fun people just like us. So even though Phil was living in horror, he was somehow managing to open others minds.

David, my eldest brother, had the closest relationship with Phil of anyone in the family. Closer then any 2 siblings I have ever seen in my life. Dave was Phil's protector, guardian, cheer squad, and most of all, best friend. I asked Dave to tell me about his times with Phil, but it was just too hard for him. So instead I will tell you my strongest memory of the connection between Phil and Dave. And it comes from Phil's funeral. Phil had finally escaped Huronia, and had been moved to a residential home within the city. He was finally LIVING. But it was not to be. Not long after escaping Huronia, Phil caught the FLU. He was healthy otherwise, but the FLU took him quickly. He died within days. A shock to us all. Phil's funeral was beautiful. A true celebration of life. There was a floral arrangement lovingly made out of hockey sticks by my sister Cheri, and a Toronto Maple Leafs Flag was spread over his casket. My numerous nephews carried their Uncle Phil's casket into the church, all wearing their Leafs jerseys. The minister who baptized Phil, and buried our father, conducted Phil's service. My Mom and all us Pollard kids sat in the front pew. I sat next to Dave. It was unbearably hot in the church that day. Everyone was fanning themselves, and wearing the lightest clothing possible. Not Dave. He wore a full suit, shirt pressed perfectly, tie knotted lovingly. Dave was pale. Perspiration poured down his brow. I was worried he would faint. I leaned over and whispered ''Dave, take your blazer off, you'll feel better'', he looked at me with the eyes of someone whose own soul had been ripped apart and said '' This is the last time I can do anything for Phil, if that means feeling a little uncomfortable because I'm too hot, than so be it. Its the least I can do after all he went through''.
I have never felt greater respect for anyone, before or since.

Dave, that wasn't the last thing you did for Phil. Because in that moment I vowed one day people would see our brother as a person.

And today, thanks to you, they do.

To each and every person who reads these words Phillip Pollard didn't just exist, he lived, was and still is, loved.