A Warrior Mom's Dilemma: When To Advocate, and When NOT To!!

I recently went to The Art Gallery of Ontario to decompress and enjoy a fabulous exhibit. Instead I was given a glimpse into my own too-quick to protect behaviour, and how that's not always the best reaction

Decades before I was born, my maternal grandmother Gladys McKinney was sowing the seeds of advocacy that would permeate every ounce of my soul.
In the early part of the 20th century, my grandmother was bringing 'indigents', the homeless, into her own impoverished home to feed them.

The Pot that feeds four, feeds five just as well

My Nana volunteered in every possible socially responsible committee that came her way. She couldn't help it. It was in her very DNA. Having relatives like Louise McKinney and Nellie McClung, two of ''The Famous Five'', the women who fought for and won the right for women to vote in Canada, well, guess Nana was just doing what came naturally!

Decades before my brother Phil, Nana's grandsson,  was to stop breathing and suffer an acquired brain injury, my grandmother joined a group of a dozen people who helped ''shut ins'' lead a fulfilling life. In the days when people with challenges of any kind were hidden away or 'housed' this group would make Christmas stockings, fund raise and buy tickets to take groups of physically or developmentally challenged people on outtings and organize get-togethers and picnics. They understood that a physical, mental or developmental disability did not mean you were LESS of a person, and that you still craved and DESERVED a life outside your four walls. All this in the first half of the 20th century.


But she didn't stop there.

In the middle of the last century, Canada struggled to find its social responsibility. Wonderful advances were made, Universal Health Care, The Canada Pension Plan (CPP) and more. But there was still this dogma that stated you had to earn your keep to be entitled to help. And so as the large majority of the VOTING population benefited from our social growth, the most vulnerable of society were falling further behind.

Nana would have NONE of that.

She, and the dozen others in her group, marched off to Ottawa and lobbied the government on proposed changes to the CPP. And made a difference. The disability tax credit was introduced and a disability pension created. A special pin was forged and presented to the group as a token of Canada's gratitude to their foresight and conviction.

When my own son was diagnosed with autism, just over 11 years after Nana had left this world, I discovered my own need for advocacy.
Oh, it had always been there.
To a lesser degree.
I had ALWAYS rooted for the underdog and I hated the R-Word as long as I could remember. I was never able to stand up for myself, but my entire rather large vocabulary and every ounce of hutzpah would surface anytime I saw someone else suffer an indignity.
In the early 1990s. when Eric was diagnosed, your average GP had no knowledge of Autism. I still ran into doctors, even at the world renowned Hospital For Sick Children in Toronto, who told me Autism was a result of a mother not bonding with her child.


Suddenly, that underdog was my own innocent baby.

I wore my Nana's pin, carried an 8X10 gorgeous picture of my son, again delved into my massive vocabulary and, with a small group of mothers,  rallied every possible level of government for services and funding for people with autism. We were able to establish what would become the PreSchool Autism Services (fully funded ABA therapy), and we were able to spread awareness to the point no doctor would DARE say to a mother now that autism was a result of her not loving her child.
We went from the days when people would kick my small son and I out of restaurants because 'The Retard is making too much noise' (YES, that happened, more than once) from the days where strangers would daily verbally attack a mom and her baby out of ignorance, to now, where there is SO much awareness that the word 'Autism' is commonly mis-used as a politically correct term for all developmental disabilities.

But the fight is not over.

We, the parents of autistic people, still have to fight for an APPROPRIATE level of services. We have to
fight a new battle for adult services. And, with the abolition of Institutions like Huronia Regional Facility (where my brother Phillip spent most of his short life), we are also now struggling to figure out how best to help those with developmental disabilities as they age, and succumb to the same age related illnesses and disorders as the rest of the population. In the institutions people like my brother were kept restrained or drugged. So dementia, or ALS or any number of other disorders and diseases would go undocumented and untreated. Thankfully the institutions are now closed, or closing. Are there supports for those aging in the community with developmental challenges? Little to none. So we battle on
There is also the burgeoning new front of self-advocacy within the Autistic Spectrum. As a parent, and sister, I can't tell you how incredible it is for me to see Autistic people being given the right denied to them up til now.

The right to speak for themselves.

And this is where I myself am failing. The thrill and joy that society has progressed to the point where autistic self-advocacy is not a wish, but a reality battles with my instinct to protect. An instinct that was honed through many years of fighting society and the system, years of protecting my autistic child and my whole Autism Household from society's attacks.

I can't just turn that off. Nor should I. What I need to do is dial it back. A lesson I learned at the Art Gallery of Ontario


Yesterday I went with my nephew for a culture fix. We bundled up in the cold that is February in Toronto and headed to the AGO, intent on seeing the ''The Great Upheaval''. What I got wasn't a dose of culture, but a personal lesson. One that I didn't know I needed.

The lesson that every advocate needs to learn

When NOT to advocate

As my nephew and I wandered the gallery,I heard a sound. A sound that only Autistic people make. If you live or work or care about an autistic person than you know the sound.
As my nephew admired an Andy Warhol my senses were on alert. The group entered the gallery. It was just my nephew, myself and this small group of autistic young adults with their support people. Rocking, hopping, flapping happily. Humming, cooing, clicking. I fought the instinct to walk up and just hug someone. I tried to concentrate on the art around me, but I couldn't, my attention and every single one of my senses was centred on the group.

Then a security guard walked in, oblivious to my nephew and I, focusing solely on the group.

And my advocate instincts went into overdrive

I was sure he was there because HE was sure the group would be a problem, damage something, bother someone.

But before I could act upon my own prejudice, the prejudice that made me believe I needed to protect this group from this security guard, something wonderful happened.


The group became silent. No humming. No chirping or squealing. complete silence.

I turned my attention from the security guard towards the group of young adults.

They were standing in reverence before a Pablo Picasso.

The security guard backed out of the room, I'm sure he too was feeling what I was.

That we were intruding on something magical, something almost spiritual.


This group didn't need my protection. I don't even know that the security guard had malicious intent. He too may be from an Autism Household and he too may have had his advocate instincts on overdrive. I doubt I will ever know.

What I do know is that this group of young adults, people who outwardly seemed to need my protection, had made me see my own challenges.

And forced me, through their quiet reverence, to see that sometimes there is no fight to fight. 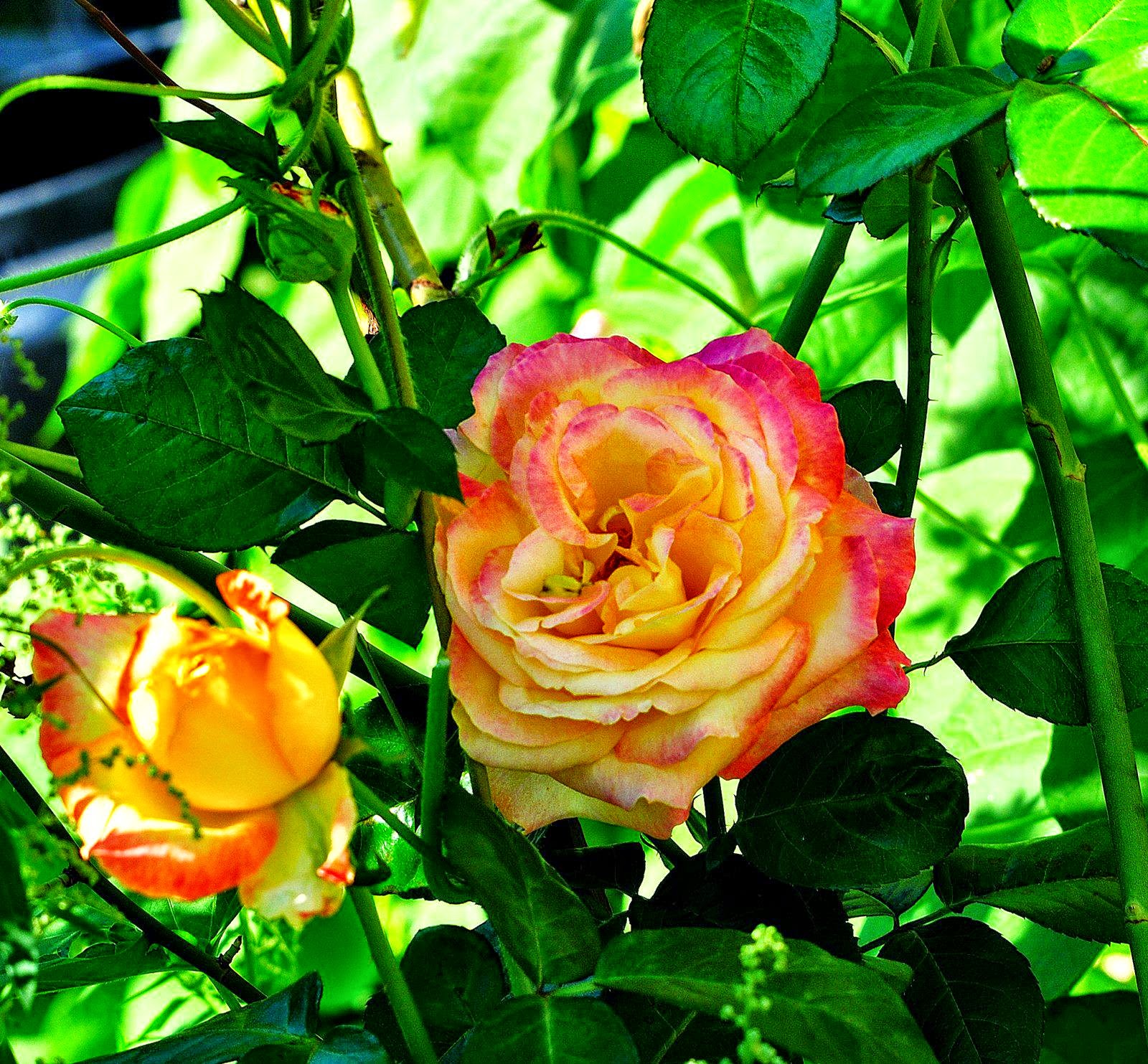 I struggle On The Daily to find the balance in how much to advocate for my autistic son. Every day. And I try to teach him ways to self advocate. And I try to let him make his own (safe) mistakes, too. It's a really tough issue.